Below find my first stab at writing a preface for my novel PRELUDE. Not so amazingly, I hadn’t even thought about writing one until reading Mary Ann de Stefano’s highly informative article on the Florida Writers Association website – http://floridawriters.net/front-matter-matters/

I greatly welcome any comment or critiques anyone has to offer on its content, style, grammar, spelling, and punctuation. It will help me to improve it. Thank you! 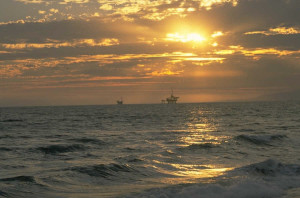 My family has always been drawn to the sea, in one way or another, and though I never had the chance to meet many of my forebears, that draw has always influenced my choices in life. It led me to a life of working with ships, and to owning boats. And while working for ships is akin to a kind of slavery – ship movements will dictate to all your working and sleeping hours – leaving the shore on one’s own boat is utter soul-quenching freedom.

But before having the freedom of owning my very first boat, I enjoyed the delicious freedom of escaping into books…classic sea stories, adventures, and finally the joy of classic science fiction. This last discovery wasn’t bound by the oceans of Earth, or by the humdrum world around me. Now there was the promise ships could sail to the stars, and every day life could begin a new adventure, as scientific advances redefined the world around me. I experienced sheer delight in exploring the joys and dangers these new tales dangled before me. I wanted to see the future. And I wanted (most of) it to be real.

Unfortunately, I also come from a long line of cynics. I’ve been cynical in my professional and personal life, yet when it comes to worldview, I see a different picture. I see the hopefulness of the future I dreamt of when reading all those exciting SciFi tales. I still nurture and preserve my optimism.

Yet the most common trope in science fiction and fantasy today is dystopia. These apocalyptic futures no doubt reflect a newer generation’s feeling their parents have really screwed things up. In reality, it would take many more years of substantial screwing up to even begin delivering those apocalyptic visions. Importantly – thankfully – there is always a ying to offset the yang of misfortunate tides. Plus, regardless of how dysfunctional modern times may seem, it is easy to document how much very better human society is on the whole, when compared to any times past.

So when I undertook to write this novel, I unabashedly wanted it to reflect reality in a positive light. I believe the stakes feel more dramatic when the science is real – actually feasible.

People are basically both good and bad, with varying degrees of both within each person. So while we may have entire groups of people who will sign off and accept the worst kind of brutality and destruction, we still have equally measured groups who will fight such brutality and aspire to produce gentility, growth, and fairness in the world. And amazingly, as a society, these people will mix, change sides, learn to be better, and sometimes learn to be worse than their best selves.

Over the long term though, with occasional stumbles, human society slowly learns how to be their better selves. And while I doubt that will ever be universally achieved (I am still a cynic), that clearly must remain everyone’s long term goal.

And that is why demanding reality is so important. Ergo that’s why I love science, which helps bring truth to reality. While I am no mathematician, scientist, or technical expert, I read and drink up the latest in the theories of everything. I respect the process and the incredible people whose minds make these great new discoveries in truth. And while there is so much absolutely fun science fiction out in the world that wink-winks at actual scientific fact in order to move characters most impossibly through time and space, I prefer to keep mine at least grounded in current theories.

Human society invents. And inventions are still the best catalyst for positive change. However, when people are unable to differentiate between what is real science and what is false, they can be misled by the opportunists (especially those political types)  to adopt a skewed vision of reality that can lead society toward those apocalyptic speed bumps we might otherwise avoid.

Facing reality, demanding real science instead of a politically induced stupor, is the best weapon humanity has against dystopia.

I began writing PRELUDE to satisfy one ‘what if’ that piqued my curiosity, and which seems rarely (never?) addressed in any invasion tale I’ve read. So I combined my love of ships with my love of science, reality, and science fiction, and I’ve set sail to put my own spin on the classic invasion yarn.