I have read and loved hard SciFi my whole life. However,  I first read this when I was only thirteen. It is not hard SciFi. The science isn’t even remotely accurate. But it was irresistible – unquestionably the first science fiction “DIE HARD” of its day 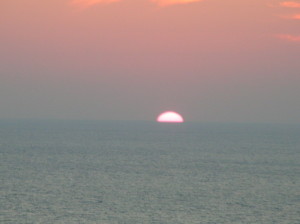 You get a resourceful hero who is determined not to lose, but who faces overwhelming odds (an entire occupation force). There is also the reliable outsider who can’t participate in the action, but whose efforts still aid the hero’s fight. And you have the clever villain, slowly tracking down and boxing in the hero.

Earth and its Venus* and Mars settlements have been at war with the invading Llarian forces for years, stalemated. To break the stalemate, the Llarians devise a plan to place the billions of humans on these planets into a hibernation-like sleep, and use them as hostages. It is spectacularly successful, except for a small handful of “unaffecteds” – humans who did not succumb to the sleep.

One among these is Rierson, an Atlanta lawyer and avid hunter, alone in the Georgia backwoods when the “big sleep” takes place. Another is Donovan, a crippled London truck driver, with a grouchy disposition and a sharp wit. Donovan uses his wits to intimidate his superstitious Llarian guards with stories about his Grandpa’s ghost wanting revenge. Riersen fights his way through squads of invading troops, while he tries to figure out what has happened.

Donovan’s tall tales begin to spread among the Llarian ranks, and stories of Rierson’s exploits begin giving them credence. As each learns of the other’s efforts, they both focus on creating fear and panic in the ranks of the Llarian occupation force.

While rank and file “Larrys” are fretting over being murdered by Earth’s ghosts, a brilliant Llarian  intelligence officer is putting together the puzzle pieces and tracking down Rierson. He sets a trap, and draws the net closer and closer to capture Rierson.

The rest I leave to readers to discover for themselves. Rierson’s tactics and  solution are imaginative, and are sheer fun to read. I always wished Hollywood would make a movie of this, and with the ILM class graphics now available, the ending would be joyously fun Hollywood magic.

Bruce Willis may have saved the people in the Nakatoma Tower, but Rierson very coolly saves the world.  This is a fast, fun, action-filled yarn from start to finish. On the Pizza Scale, I’d give it eight slices.

*I doubt the “science” in this book was even accurate  when it was first published in 1964. If not, obviously the publishers decided to overlook that weakness. I was recently surprised to find it had been reprinted (after a long hiatus) in 2012.  All they changed was the cheesy 60’s SciFi cover (robots & guns), although the new cover is rather blah (a tree – go figure). The cheesy one is actually better. And classic.

Burkett was only eighteen when he wrote this, and probably not worried about research or accuracy. At the same time, he clearly had a logical mind, and his character’s actions – both the heroes and villains – reflected that clear logic, thereby making the story more interesting (I hate when authors have smart characters do dumb things just to advance the plot).